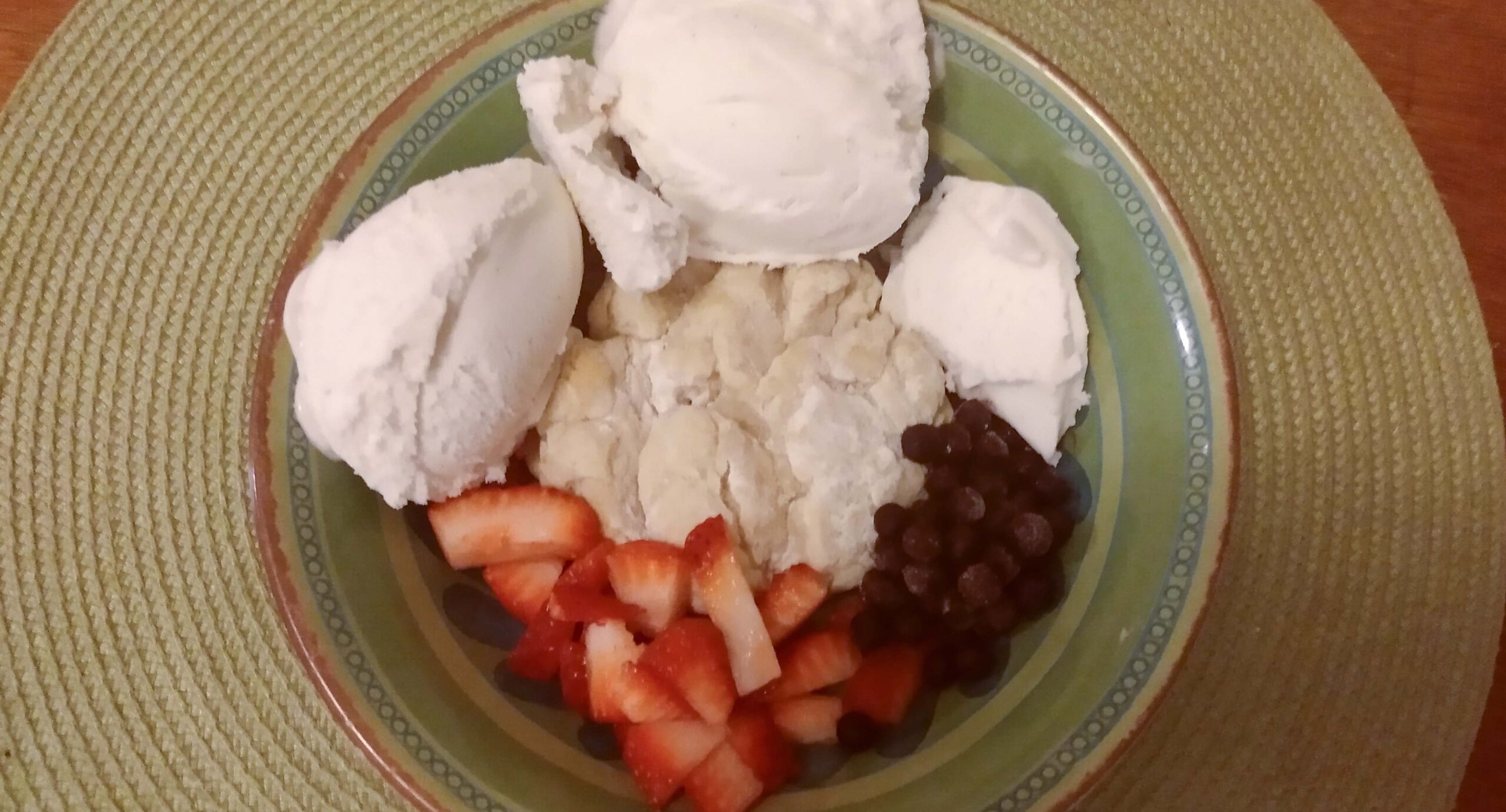 Before this 2022 summer melts into a memory, here is one more treat to remind us of the sweetness of forest fruits and the laziness of warm days. Well before Americans turned Strawberry Shortcake into a popular dessert (and cartoon character), shortcake was a European sweet treat. Of course, we have modernized the recipe to present you with a uniquely delicious Kief-Infused Vegan Shortcake! 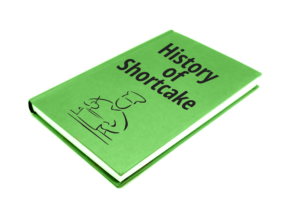 Although not originally an American recipe, this dessert is still fairly new in comparison to many other sweet courses.

Shortcake originated in jolly Old England, appearing in the second British cookbook to be printed. This cookbook, The Good Huswifes Handmaid for Cookerie in her Kitchen, was published in 1588. Its shortcake recipe was a variation on the already-popular shortbread but was lighter and more crumbly than the original sweet treat. Described as a biscuit (the English term for a cookie), the ingredients were flour, cream, sugar, egg yolk, and spices.

(The treat certainly earned a publicity boost when William Shakespeare named a minor character “Alice Shortcake” in his 1602 play, The Merry Wives of Windsor.)

In America, the first shortcake recipe (entitled “Strawberry Cake”) appeared in The Ohio Cultivator (a farmers’ newspaper founded in Columbus, Ohio in 1845). This “cake” was more like a cookie made from flour, butter, eggs, and sugar. It was then split in half, layered with strawberries, and topped with a hard icing made from sugar and eggs.

The final modification of this dessert occurred in the 1860s when baking soda and baking powder were added. These ingredients acted as leaven, making the consistency less like a cookie and more like a cake. Soon, the practice of adding cream and strawberries made Strawberry Shortcake a true American recipe. After that, it seemed that few people made shortcake for any other reason.

That seems to be changing. Nowadays, shortcakes are coming back into style as a foundation for all types of desserts. Granted, the addition of fruits (especially berries) and cream (or ice cream, yogurt, or frozen desserts, to name a few alternatives) seem to be the most popular way to consume shortcakes. However, be sure to read beyond the recipe ingredients and instructions, as we offer a couple of unusual twists to this recipe.

So, without further delay, let’s dive into our Kief-Infused Vegan Shortcake recipe!

Not only is this recipe delicious and healthy, it comes together pretty quickly. With minimal preparation time, a short stay in the oven, and a quick cool down, you can have warm and tasty shortcake any way you want it; with fruits, frozen dessert, and/or sweet sauces. Then again, you can enjoy it on its own!

NOTE: Make certain the vegan butter is cold and broken into smaller pieces to blend easier with the dry ingredients

This recipe calls for ½ cup of kief, which, when added to your 2½ cups of flour, makes 3 cups of kief flour for this recipe.

Here is the calculation of potency for this recipe:

The following list shows three different kief potencies. It calculates the amount of CBD in the entire recipe plus the amount per shortcake for both large (12) and small (24) shortcake sizes:

Remember that the recommended ½ cup of kief is not a hard and fast measurement. If you want milder effects, cut the kief in half (to ¼ cup) and add another ¼ of flour to maintain the consistency of the shortcake batter. Of course, the above-listed potencies would also be cut in half.

The obvious dessert that rounds out this shortcake recipe is to add strawberries and a frozen dessert to mimic that American classic: strawberry shortcake.

However, here are two less obvious approaches to your shortcake dessert that will turn eyes and please tongues!

Give your Kief-Infused Vegan Shortcake a unique look by adding cocoa powder to your recipe! Simply reduce the amount of flour by ½ cup and replace it with cocoa powder. Instead of that powdery-white shortcake look, you end up with a chocolatey tinge and flavor. Try this version with strawberries, raspberries, or both! Top it all with a drizzle of vegan caramel or dark chocolate over a vegan yogurt for the ultimate treat!

With this recipe, you keep the original ingredients. But when it’s time to top your Kief-Infused Vegan Shortcake, add miniature marshmallows with mandarin oranges, grapes, cherries, pineapples, and shredded coconut! A dollop of vegan cream or scoop of vanilla frozen dessert makes this modification heavenly! 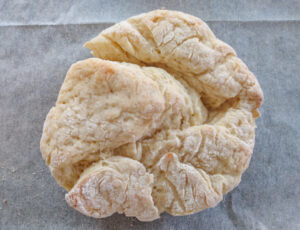 As an added bonus, with one slight modification to the original recipe you can also make delicious vegan buttermilk biscuits infused with kief. It may be one of the most wonderful methods for rounding out lunch or dinner while including an excellent dose of kief to your meal!

Here is your recipe for Kief-Infused Vegan Buttermilk Biscuits (with the changed ingredient highlight in bold font):

As you can see by the highlighted ingredient, by dramatically reducing the amount of sugar you end up with fluffy biscuits perfect for breakfast, lunch, or dinner!

This amazing recipe for Kief-Infused Vegan Buttermilk Biscuits proves you don’t have to make sweets when cooking with CBD or other cannabinoids. So now you can have it both ways! 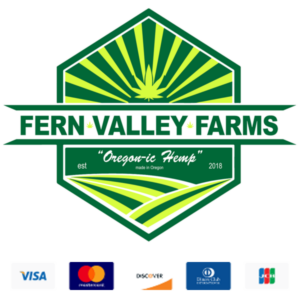